A friend more educated than I in these matters informed me that Japan is not a magical place without bike theft, as I originally imagined. Rather, all bikes are registered like cars, and the police are more diligent in checking up on it, through random stops in traffic. This was a good reminder for me: the theme of this blog is definitely more about what I don’t know, not what I know.

I write this as a correction, and also a question for myself, about the nature of this blog. There is only so much you can write about what you don’t know, and the internet is already full of Gaijin blogs detailing every single thing that is not yet known about a host country. The Gaijin genre (or more generally, the dumb foreigner genre) is old and historied, starting with some of the Greek historians and continuing on through Marco Polo’s memoirs. Consider this blog in the same vein as reading Herodotus, or possibly a show on the History channel: with an asterisk at the end of every post. 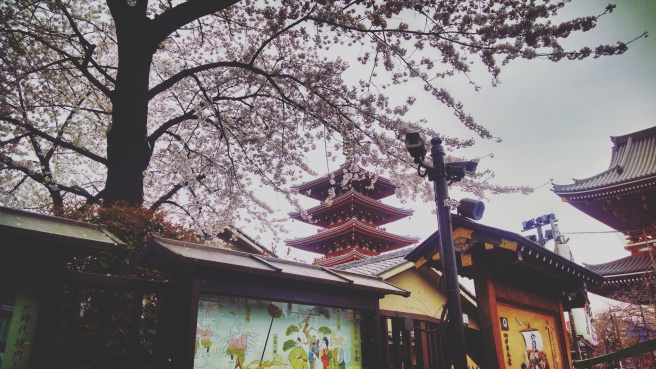 Part of the reason I love the act of travel is that it is making the choice to be surprised. Sometimes, it feels like I have made the deliberate choice to be ignorant, like when I am hungry in the grocery store and can’t for the life of me figure out what any of the sauce bottles in front of me contain. Sometimes it feels like I chose to go to the place on earth where I can be the biggest pain in the ass possible- an illiterate, wide-eyed adult, needing help for the most basic of tasks (I still haven’t taken my recycling out after 3 weeks) and getting in the way, surviving off the mouthful of Japanese that I can remember under duress.

If this sounds negative, it is in no way meant to be. It is humbling and gratifying, and I haven’t even been here a full month yet. I have much more respect for immigrants in the US, not that I didn’t before: trying to figure out if the loudspeaker on the truck driving around my neighborhood was announcing a little league soccer game or an approaching tsunami, for example, or explaining to the mail carrier that the previous tenant moved through broken Japanese and interpretive dance- lack of language has made some very simple tasks frightening, stressful, or confusing. I am excited by small victories, like short conversations with store clerks, and finding my way home from memory. I am delighted by ridiculous things, like discovering that McDonald’s delivers.

Later that week, I was introduced to my schools in Tokyo.It was an intense and interesting experience, being introduced to the Elementary schools that I will be teaching at for the next year. The company representative walked me around while I smiled and worried whether I was bowing too much or not enough (I asked later, too much is always better than not enough) and learning random things from the company representative who was translating for me.

For example, what we would call a brick phone in the US (something clunky and useless, outdated) is called a Galapagos phone, or gara-kei, so called because it “evolved” outside of the influence of international technology, and also because it is something of a dinosaur. It was in Sumida that I learned about music playing gasoline trucks- the truck drives through your neighborhood playing music, and instead of children running after it, adults looking to fill their propane tank flag it down. there is another one for bread, and another one for tofu. I walked to Asakusa afterwards and got my first glimpse of Hanami. 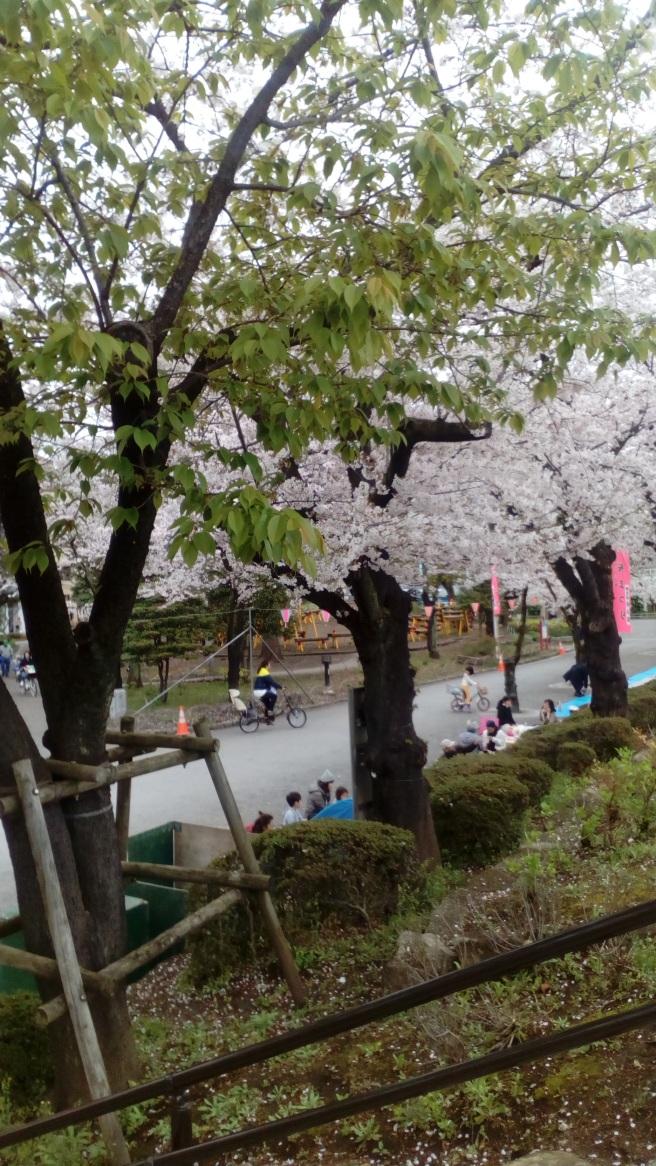 I knew what hanami was in theory before, but not that it was so popular or ubiquitous. Lines of blankets under cherry trees, families picnicking and drinking. Lots of people in traditional dress- there were stands with kimonos for hire, and rickshaws strolling around the river. I had always pictured it as a very formal, solemn event, but the atmosphere was very festive, and there definitely a few people just getting riproaringly drunk off chu hai under the trees.

I met up with a friend and walked around the shrine in Asakusa, enjoying the markets and crowds.

One thought on “Sidenote”