About 7 years ago, I was walking from Notre Dame cathedral to Shakespeare and Co. when it started raining heavily. I managed to duck into Shakespeare and Co before it started pouring and noticed there were lines of chairs crowded together, pointed towards a podium set up at the end of the second room in between the stacks of books on the floor. There were plates of cheese and small thimbles of wine set out on tables. I was informed that they were for a reading by an American expat author later that evening, and that I was welcome to stay and help myself if I was here early for the reading.

Even though I smelled like wet dog, I started feeling fancy. It was near the end of my trip to Paris after studying in London that spring. Staying in hostels meant that most of my clothes were dirty at this point, and my winter wool jacket was continually damp from the off season rain. For a college student, there are no magic words quite like “free food provided.” and if that free food comes with free French wine? I had won the lottery.

It ended up being the worst book reading I have ever, ever been to.

If you can imagine a cross between David Sedaris and Chuck Palahniuk, but with little of the charm, it would come close. The guy read terrifically half-baked allegories for the HIV/AIDs crisis at the height of the 80’s, and a few boring/shocking violent pieces where pretty young women were justly punished for having the gall to be pretty young women. He said (with a straight face) that he considered it his duty as a writer to fully explore the line of violence and sexuality, because Americans were too afraid to touch the topic. He considered himself something of a pioneer, boldly exploring new ways to combine the two themes (at this point I looked around the room to gauge the reaction and noticed that most of the crowd was staring intently, with thoughtful expressions, considering for the first time the deplorable lack of violence and sex in American pop culture.)

Around this time I decided I was going to try and duck out. As an English major, I had been to my fair share of bad readings, but no amount of free wine and cheese would make me willing to consider sexual violence the higher art form that this man was claiming. I grabbed my coat and purse. That was when I realized that while I was in the last row of the first room, there was overflow seating into the second room. Which would have meant striding past 5 packed rows of people, who were all paying rapt attention to the man behind the podium. I put my things down again. it went on for another hour and a half. The wine helped. 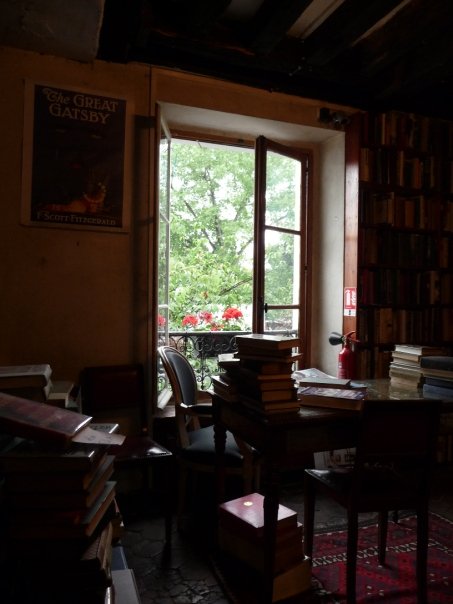 I still think of that expat sometimes. The stories bled together, and I don’t remember the book he read from. But when we got to the general Q&A session, someone asked him about his life as an American in Paris, he responded (after he finished comparing himself to Hemingway) that he had never learned French. Not only that, he went out of his way to avoid learning French. He had a French partner. He had lived in a French neighborhood. For years. He said that not speaking the language allowed him to maintain a sense of mystery and wonder, and keep up the romance. For any challenges, he just turned to his boyfriend to translate. “Two people walking down the street can be talking about hemorrhoids,” He explained, “and I can pretend they are talking about 18th century poetry.”

I don’t know why this frustrates me the way it does, but it hits a nerve. He portrayed his deliberate ignorance as a daring, brave act, rather than a selfish and lazy roadblock, and put the onus on others to pick up the slack of communication. All to avoid shattering the fantasy version of his adopted city.

Maybe it’s the American stereotype of acting like other countries are theme parks. The old joke about moving to Canada if the politician you want isn’t elected, because all of Canada is just a backup plan for our political chicanery. The voluntourist who humble brags about how seeing people with so little made her appreciate her own shower and smoothiemaker and car. Acting like historic customs are just quaint stubbornness or that shouting louder will somehow communicate your point across the barrier of language. The cliches about ugly Americans abroad go on and on.Which (of course) leads to a backlash. You will never willingly hear someone define themselves as a tourist. Trying to define the difference between a tourist and a traveler is almost as old as the genre of travel writing itself. Generations of travel writers have tried to define the precise line between ‘tourist’ and ‘traveler’, and then explain how their arbitary definition makes them a better, more spiritually whole person. Kind of like that girl in college who says she’s a cool girl and “not like the other girls,” saying that you aren’t “like other travelers” implies that there is something wrong with the others.

I think about that guy with some guilt now. I was so self righteous about him at 18. You got the impression that he wanted points for daring to live outside the United States, bravely living in a place where people had lived for thousands of years, without speaking the language, even though it had all been his deliberate choice. I thought he was the ugly American stereotype that I was never going to be. 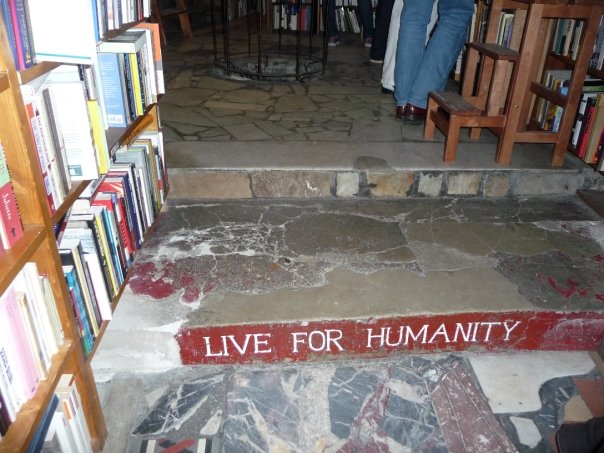 And here I am, in Tokyo, not speaking Japanese. My choice is not one I made for aesthetic purposes (I can function without the fantasy that the schoolboys on the subway are discussing Voltaire) but of course the reason that I am functionally illiterate doesn’t make a difference when someone is trying to communicate with me and I fail to understand. Which does not stop them from praising me for trying.

Me: “Pardon me, hello, the food you like sunshower?”

Tokyoite: “I’m sorry, I am not sure what you mean. Could you please repeat that?”

Me: “Pardon golf ants the food yes I see”

Tokyo: “Hmm, Yes. Are you asking for the English language menu?”

Tokyoite: “Ah yes, I see! Your Japanese is very good!”

Me: “Thank you but maybe, it’s potato flower.”

Every time. It is considered polite to compliment someone on their effort, a fact that I find hilarious, because when someone compliments you on your language skills after your third attempt to be understood, it’s possible you may need more practice.

I am sure I will write more about my attempts to learn Japanese as I make headway. So far, I have gone from completely illiterate to bluffingly illiterate. I like to joke with the teachers at school that I now qualify for second grade. I don’t think you need to be fluent in order to appreciate another culture, but let’s just say it’s a personal goal to speak more Japanese than that man speaks French.

One thought on “I’m not like “those” Americans, I’m a cool one”